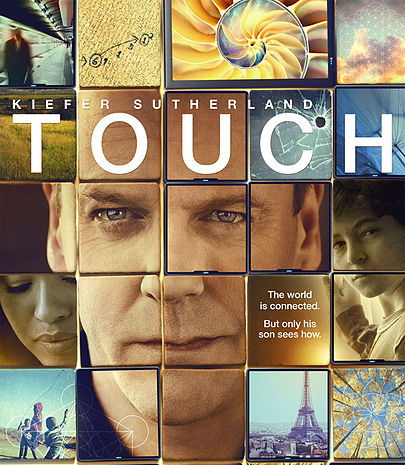 To begin with, I am terribly attracted to any storyline that has to do with Super Intelligence.

To add to that, Keifer Sutherland acts exquisitely as the caring and sensitive, yet intelligent single Father of an extremely autistic and mute 10-year-old whose capabilities make him a rare but valued entity, to a very powerful group of individuals. To sum up the story’s premise: “Touch is a preternatural drama in which science and spirituality intersect with the hopeful premise that we are all interconnected, tied in invisible ways to those whose lives we are destined to alter and impact.”

The program provides action and suspense, with a healthy balance of family drama. Keifer Sutherland, who is also an Executive Producer on the show, brings the same though somewhat softened intensity to the character of Martin Bohm, as he did to his previous character on the successful “24” – also on the same Fox Network. Sutherland is truly a joy to watch each Friday (or On Demand when it is missed). Like any other single Father – following the death of his wife who was a victim of the 9/11 tragedy – Sutherland’s character does everything within his power to not be separated from his son who is wanted by sketchy authorities for his Super Intelligent gifts. His demeanor and approach throughout each challenge is endearing.

Currently in season 2 the series’ storyline has not lacked energy, in my opinion. There is sufficient intrigue which often makes me wish that someone would simply develop and release Touch the movie already. It is unfortunate however, that the show has been moved to Friday nights. This is the day where most programs go to fizz-out when they don’t pull in strong TV ratings. Tsk, tsk, tsk….It is truly a shame that the larger television audience could not appreciate the sensitivity yet strength of the series when it aired earlier in the week.

I intend to remain faithful to Touch, to the very end. Both Keifer Sutherland and David Mazoz, the young lad who plays Sutherland’s son Jake, keep me coming back for more. 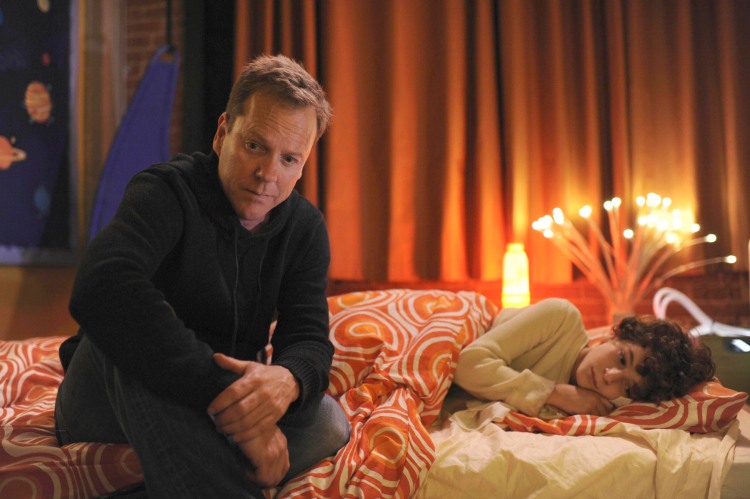 One thought on “The Wonder Of Touch”