“What haven’t I read yet?” Madeleine thinks to herself, as she restlessly walks through the isles of the school library. “I haven’t read just for fun in a while…Hmmm…Let’s see.”

Looking up with her eyes fixed on the section titles, Madeleine stumbles, trips and falls to the Library’s carpeted floor face down. She turns to see what caused her fall and stares directly into the face of Devon.

Devon is a Junior at Madeleine’s high school who takes pleasure in sitting on the floor of the Science Fiction section of the Library. He’s also an atlethe on the school’s track, and basketball teams, but reading is his secret passion.

“Ah, you alright?” Devon asked feeling somewhat ashamed that he was partly responsible for Madeleine’s fall.

“I…I’m alright…I think.” Madeleine slowly responds as she begins to pick herself up and find her balance.

Devon awkwardly begins to stand himself, when it occurs to him that he should probably be helping Madeleine up.

In the process of Madeleine trying to stand and Devon working his way across to her, the two awkwardly clash and find themselves on the floor again.

Madeleine feeling terribly embarrassed immediately, chimes in: “I’m so sorry…Oh my gosh! Why can’t I get it together?”

They both stand, and face each other. Madeleine’s face begins to turn red.
She nervously extends her hand. “I’m Madeleine.”

Devon looks down at Madeleine’s hand, chuckles quietly then extends his own. “I’m Devon…Looks like you crashed my secret hide-out.” He says jovially.

“Oh!..I did? I didn’t mean to…Wait! This is your hide out?” Madeleine continued with a confused look on her face. She did recognize Devon from a school basketball game, she had been dragged to by her former “cool friends”.

“Something like that.” Devon responded. His alethic counterparts have no idea Devon is a closet bookworm. “What got you so distracted anyway?”

“Distracted?…Oh…yeah…I wasn’t quite looking where I was going, was I?” She said with a smile. “I was just looking for something different. I need a book that’s going to transport me somewhere far away today!”

“Oh, ok…Have you seen anything to sink your teeth into?” Devon asked, intrigued.

“Duh!..No! I fell before I could!” Madeleine replied. They both broke into laughter, only to be followed by “Sssshhhhh!” from the Librarian.

The two looked at each other and laughed quietly again.

“Ok, I wouldn’t stand…or sit in your way. See if you find something you like…And, ah…um…if you need…if you need recommendations, I’ve pretty much read about half the books in this section.”

Madeleine looks at Devon as though studying him. “Um, ok…I will…ah…let you know.”

“Cool.” Devon replies. He then returns to his original position on the floor of the library while Madeleine slowly surveys the bookshelves all while intermittently gazing at Devon. 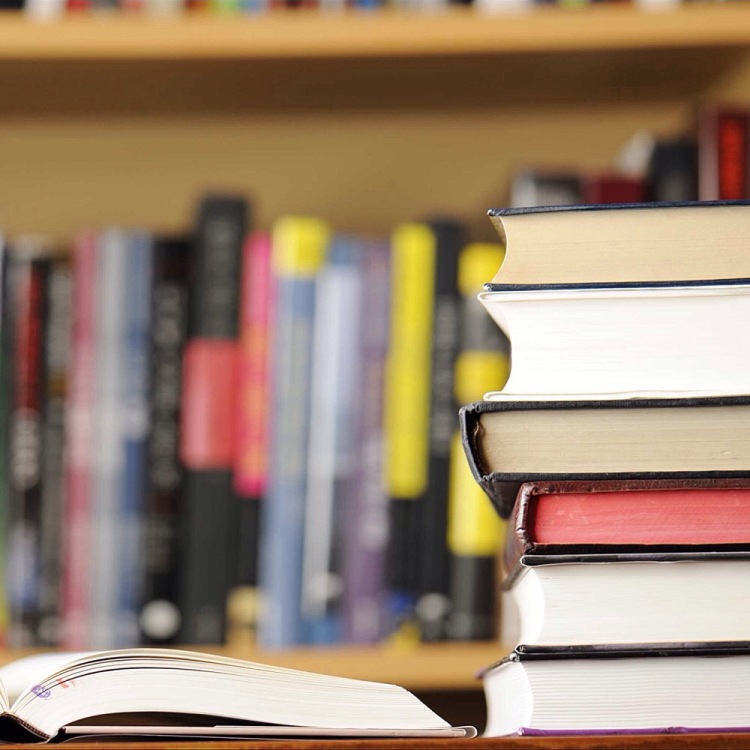